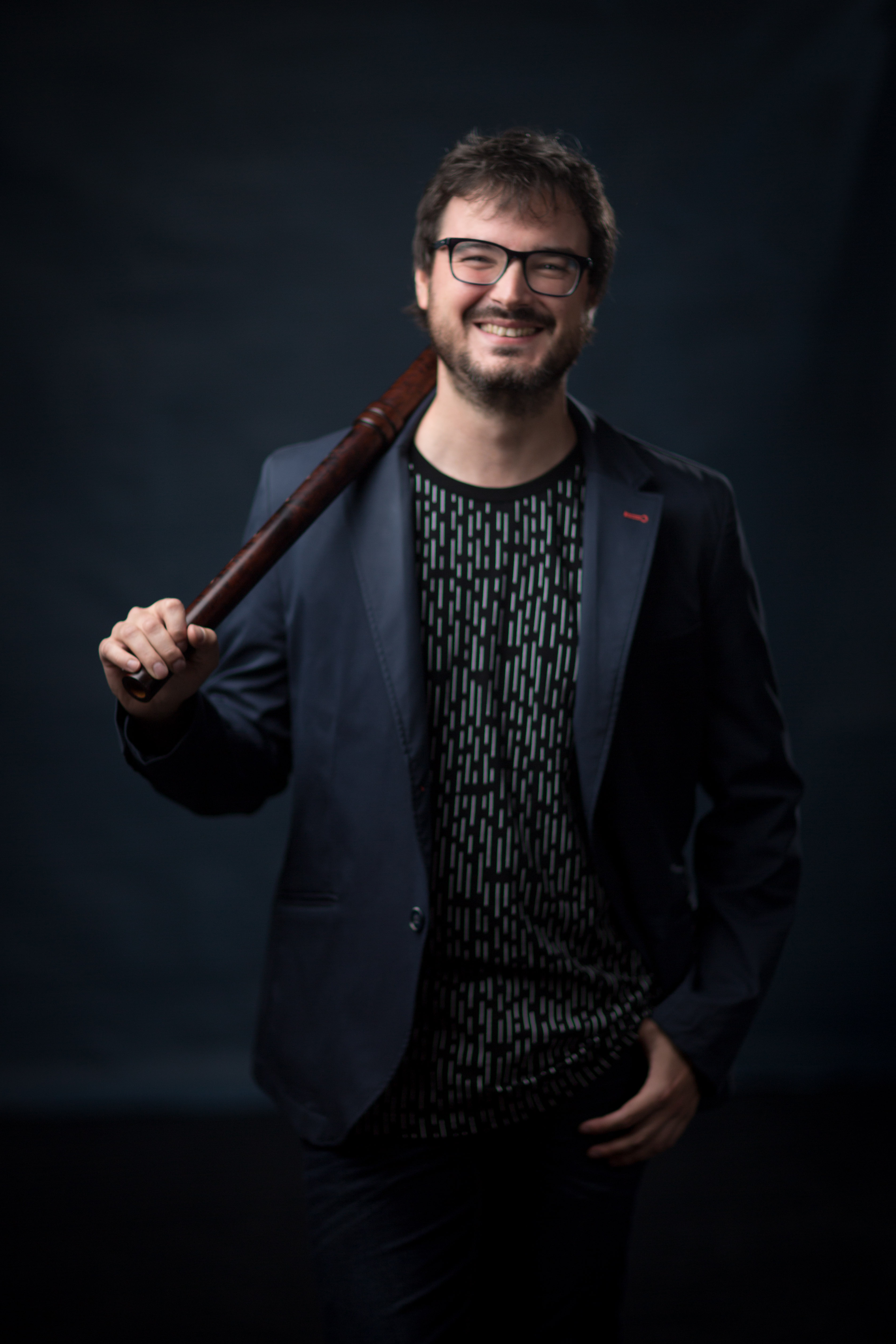 I am from Barcelona for conviction and from Vilanova i la Geltrú for adoption. I believe in the goodness, the work and the independence of each one. Also in the capacity of culture as a backbone of our society.

I am impressed by the power of internet to transmit knowledge without intermediaries, in a direct and near way. From the age of 16, I have dedicated myself to comunicate my passion for music through classrooms, venues and the internet: I am a music teacher for children, teenagers and adults, a performer and music manager.

I have got the high degree in music from the Conservatori Municipal de Barcelona and a degree in Musical Promotion and Management at the Escola Superior de Música de Catalunya. I like the sound of the recorder, radio, soccer and the world of wine.

He was born in Barcelona in 1979. As a recorder player he obtained top marks and an Honorary Degree in Barcelona, having stdied with Josep Mª Saperas, Joan Izquierdo, Paul Leenhouts, Walter van Hauwe and Pedro Memelsdorff and Pierre Hamon. He has performed with early music ensembles in several Catalan, Spanish and Dutch cities. He is part of the Renaissance ensemble Fortuna de un gran and has collaborated with The Ripieno Consort and Il Giardino Armonico. He is a founding member of En Bloc Quartet.

As a teacher he has a long experience in teaching and divulgating his instrument, mainly in music schools and conservatories. Having graduated in Orff Schulwerk by the San Francisco Orff Institute, he is currently a lecturer at the ECMM Vilanova i la Geltrú and director of the amateur recorder orchestra Consort Pere Serra.

As a cultural manager he graduated from ESMUC (Escola Superior de Música de Catalunya) with Jordi Martí and Joan Oller, among others. He later managed the chamber orchestras of Terrassa and Granollers, as well as developing several freelance  tasks of production and musical programming. He has been programmer of the cycle Dissabtes de berenar in the Palau Gomis/MEAM (European Museum of Modern Art) and is currently the Internet manager and musical content creator for various cultural entities and musical formations. He is also the musical programmer of the Eduard Toldrà Auditorium in Vilanova i la Geltrú (Barcelona).